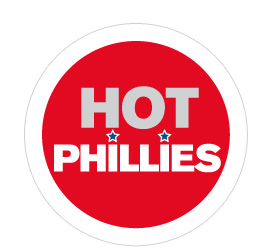 The Philadelphia Phillies hold the best record in the National League (NL). They are going to win their fifth straight NL East divisional title and, for the second time in the last four seasons, they are going to win the World Series. Why? Because they boast the best post-season rotation a team could possibly have. In Roy Halladay, the Phillies have an old-fashioned #1 starting pitcher; durable, hard-throwing and dominant. Cliff Lee and Cole Hamels are crafty left-handers with plenty of post-season experience. And if Roy Oswalt is as healthy as the Phillies believe he is, that’s four pitchers who could each be the star player if they played anywhere else. Philadelphia is also starting to come nicely into form on the offence, making them the most complete team entering into this year’s post-season. Since the acquisition of All-Star outfielder Hunter Pence, in a deadline deal with Houston, both the Phillies line-up and first baseman Ryan Howard have started to create some momentum.

The Phils scored just 4.2 runs per game before the All-Star break. They’ve scored 5.1 after the break and 5.3 since Pence’s insertion in the line-up. If that type of production keeps up, it won’t be a question of will the Phillies win the World Series, it’ll be how many games will they do it in!

Last season few predicted the San Francisco Giants to get to, let alone win, the World Series. But the team rode a hot pitching staff, along with unlikely heroes Cody Ross and rookie Buster Posey, all the way to the franchise’s first-ever World Series title since moving to the Bay Area in 1958. This year, the defending World Champions will be lucky to win their own division. Injuries to Posey and second baseman Freddy Sanchez, and a few scares with closer Brian Wilson have been issues all season, and the deadline deal to acquire All-Star Carlos Beltran has not paid dividends. Still, any team that has Tim Lincecum and Matt Cain leading the pitching staff has a chance in the post-season. They just have to get there first.

The Arizona Diamondbacks were not expected to do much of anything this year except enjoy watching the progress of some of their young talent. But by early September they had done all that and more after opening up a seven-game lead over the Giants in the NL West division. Justin Upton, Chris Young and Miguel Montero pace the club’s potent offence—ranking it seventh in the majors in runs scored. They are still very young, especially in the starting rotation, but should make things interesting in October, albeit briefly.

The hard-charging Milwaukee Brewers have taken control of the NL Central thanks to their trio of All-Star sluggers—Prince Fielder, Ryan Braun and Corey Hart. On the mound, Zack Greinke, veteran Randy Wolf and right-hander Shaun Marcum represent a great story of a small-market team that has made some clever decisions. Unfortunately for the “Brew Crew” and their fan base, stories don’t win championships.

The American League (AL) winner seems harder to predict this season, as perennial World Series contenders Boston and New York have not looked as impressive as their won-loss records might indicate. Therefore picking the team that should ultimately face Philadelphia could be a surprise considering how defending AL champion Texas Rangers looked about 12 months ago.

Unfortunately for the AL West-leading Rangers this season, last year’s ace—the aforementioned Cliff Lee—is now pitching for the Phillies. They have a talented offence, and the revamped bullpen—acquiring set-up relievers Mike Adams and Koji Uehara at the deadline—makes them dangerous. However, the lack of a true stopper doesn’t bode well for the team’s pennant chances.

The Boston Red Sox spent more than $300m to acquire Carl Crawford and Adrian Gonzalez in the off-season. Even though Crawford has been injured and not nearly the player he was for the Tampa Bay Rays in previous seasons, “A-Gone” has been everything the Red Sox could have hoped for, and some. The comeback season, enjoyed by Jacoby Ellsbury, has softened the blow of Crawford’s bad year, and Boston leads the stats in each offensive category.

Despite this, Boston has not been able to put much distance between themselves and their arch rivals. Both clubs have been trading places as to who leads the AL East on any given day, so it’s a virtual certainty that the AL Wild Card team is coming out of the East. So, given the choice of one or the other, the better starting rotation—Boston—gets the edge here. Josh Beckett and Jon Lester are as good a 1-2 as there is in the AL, and the sudden resurgence of right-hander John Lackey is an unexpected bonus.

The Yankees have the firepower to withstand any opponent. Curtis Granderson is having an-MVP-type season, Robinson Cano leads all AL second baseman in RBIs and is well on his way to his second straight season with 100-plus runs driven in. Mark Teixeira is posting his third straight season with 30-plus home runs and 100-plus RBIs in a Yankee uniform, and even a suddenly mortal Alex Rodriguez can hurt a team. But outside of staff ace CC Sabathia, the Bronx Bombers starting rotation is very pedestrian. The ageless Mariano Rivera leads a very good bullpen corps, but the starters are too inconsistent to give them much of a chance at October glory.

Where the pitcher stands when throwing the baseball

Where the reserve pitchers are, who step in during warm-ups

Fielder getting three batsman out in one play

Stands for “runs batted in”. Hitter gets an RBI when they enable someone to score (including themselves)

Pitcher who is called on when the starter is injured